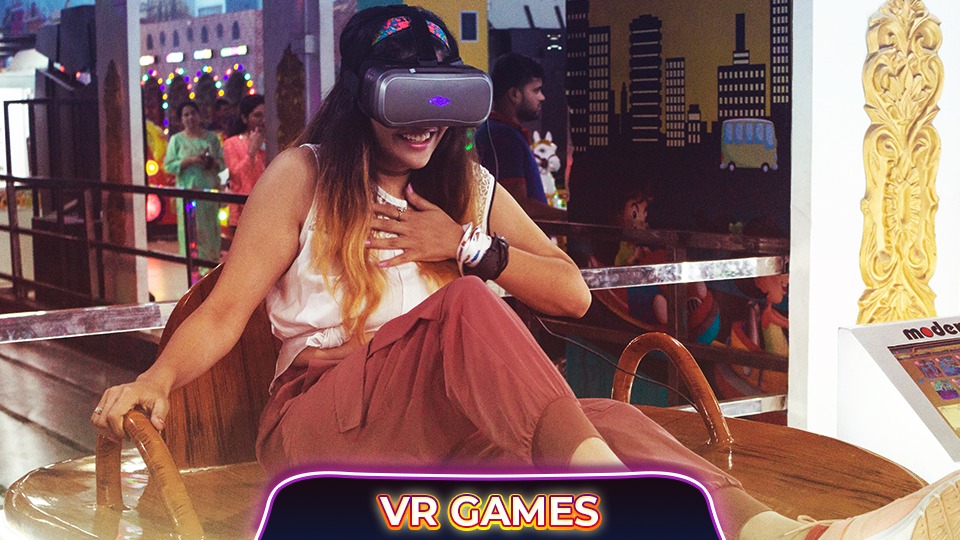 Mastiii Zone’s VR games are yet another immersive inclusion in our Game Zones. The VR gaming extends the gaming experience up to a point where fantasy collides with fitness. ‘VR Bike’ requires physical exertion which seamlessly manages the rider’s gaming avatar as he pedals the bike propelling the game further. It is the next generation of goal-orientated gaming. The unique features of the VR rides are configured to automatically adjust decline and incline while releasing tension which makes the propulsion feel phenomenally real. In VR subcategory, Mastiii Zone features Sky Walk VR, from start to finish, the experience laden with exhilaration, anxiety and a healthy fear lasts for two minutes. With the advent of Skywalk VR, we have been able to send the minds reeling and hearts dancing amid fear and joy. It’s just too real for the people who once in a while have urges to wander out of their comfort zone and test their fear of heights. VR Cricket at Mastiii Zone is a realistic virtual game of cricket which lets the cricket enthusiasts play a match without having to step onto real pitches in unfavorable temperatures. Providing incredibly convincing batting, balling and fielding mechanics, the cricket VR game is as immersive as the cricketing action can get. It covers beginner to advanced difficulty levels and Virtual Reality games that will leave you feeling like being right there in the action!